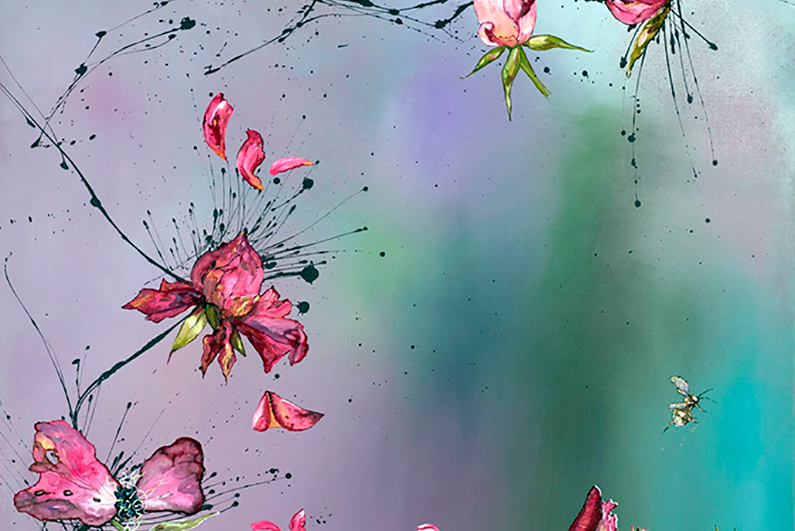 Kay Davenport is oil artist specialising in flowers. Nature and wildlife have always been the inspiration behind Kay’s work.

Through the eyes of Kay Davenport, a windblown bloom which has lost half of its petals are as valid as a perfectly formed bud, and in her oil paintings, we see why.

Kay has been painting professionally for over 20 years. She remembers the defining moment in her career as being taken to an exhibition of work by wildlife artist David Shepherd.

She recalls: “One of the paintings contained a bramble bush covered in frost. I remember standing and staring at all the many colours he had used to create the frost – I was fascinated by the blues, greys and purples combining to produce that beautiful image and it was at this precise moment that I decided I wanted to become a professional artist.”

Kay has lived for some years in Cyprus but was drawn back by her longing for the flowers and wildlife of the English countryside and is now based in rural Cheshire. She describes herself as having a rather dreamy, happy nature and she describes her work as the personalisation of how she sees nature. Laid against an acrylic background, Kay creates the foreground of her paintings in oils as she loves their versatility and their quality of allowing the perfect blend of colour and texture. She often embellishes a piece with gold or silver leaf to highlight specific details such as the wings of a bee or the petal of a flower. The result is a boldness in her work that is cleverly juxtaposed with an intense delicacy and serenity.

During the summer months, Kay leaves home at dawn in order to catch the flowers as they are opening, laden with dew, and often spotting bees which are still dormant on a bloom, giving her ample time to capture a series of close-up images on which to base her paintings. She photographs her floral subjects at every stage of their life cycle. To her eyes, a windblown bloom which has lost half of its petals is as valid as a perfectly formed bud, in that it has its own natural beauty and charm. 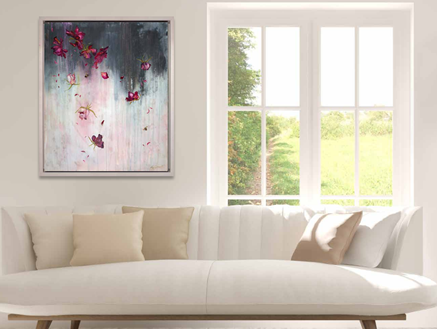